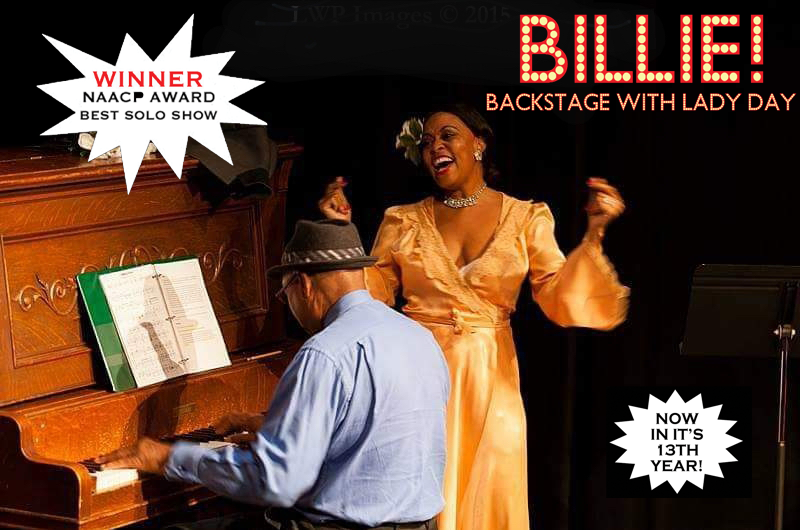 BILLIE! BACKSTAGE WITH LADY DAY......... ........written and performed by Synthia L. Hardy, is exclusively represented by the California Capital Arts Foundation and is available to book at Performing Arts Centers and theatres around the United States. Billie is also available for corporate events, conferences, and seminars.

This two-act play, written by Synthia L. Hardy and directed by Bryan Rasmussen combines storytelling and song to capture the essence of Billie Holiday’s music and life.

Portraying Holiday in the mid -1950s, Hardy starts the play by storming up a side aisle from the lobby muttering a stream of obscenities at those who have wronged her. She then. downs two large glasses of vodka before acknowledging the audience who have arrived. It's a bold beginning to a fascinating play.
‍
In the first act, Holiday prepares for her a concert she is about to perform while answering the questions of two unseen reporters. Hardy as Holiday entwines her biography and explanations of the inspiration for and history of her music with performances of her popular numbers.

Musician Woody Woods joins Hardy on stage as Holiday’s pianist accompanying her through hits including the haunting Strange Fruit, as well as God Bless the Child, Good Morning Heartache, and Lover Man. One of the greatest jazz and blues performers of all time, Holiday unfolds the truth about her turbulent life – combating racism, navigating abusive relationships, and enduring multiple arrests.
‍
In the second act, Hardy embodies Lady Day, (a nickname given to Holiday by musician Lester Young), in a concert of her hits that includes ’Ain’t Nobody’s Business If I Do and Willow, Weep for Me.

Through a voice reminiscent of Holiday’s with its raspy edge and incorporation of crying and wailing, Hardy portrays the iconic artist as simultaneously classy and tough, vulnerable and versatile,  hopeful at times and hopeless at others, but most of all, full of heart and sympathy.

ABOUT THE WRITER AND PERFORMER SYNTHIA L. HARDY

Emmy Award-winner Synthia L. Hardy has appeared in film, T.V., commercials, and on stage nationally and internationally – most recently in the film, Sylvie’s Love. In addition to her NAACP Theatre Awards and Artistic Director Achievement Awards for Billie! Backstage With Lady Day, Hardy won an Emmy Award for the documentary, Precious Memories: A Stroll Down 47th Street. Her other awards and nominations include another NAACP Theatre Award, Dramalogue Critics Award (twice), and LA Weekly Award.

Originally from Chicago, Hardy has appeared in a variety of works including Home, Merry Wives of Windsor, Flyin’ West; Rap Master Ronnie, The Little Dreamer: A Night in the Life of Bessie Smith and A Corner of Gold. As a singer, she toured with various Oldies and Doo Wop tribute groups. She has also written and starred in her own cabaret show, Dinner Musicale with Synthia & Friends.

An award-winning actor, director, producer, teacher, coach, and Artistic Director of The Whitefire Theatre, Bryan has produced over 200 shows including over 50 world premieres. He recently directed the world premiere solo show Evolution of Soul 685 and the solo musical Down the Rabbit Hole with pop star Erin Jividen, which opened off-Broadway.

He also founded the famous Itchy Foot Cabaret in downtown L.A. His work includes: directing and starring in the 50th Anniversary production of Harold Pinter’s The Dumb Waiter, directing the world premieres of the eco-musical Season of Change and Mark Twain in the 21st Century, producing Judy Tenuda’s Mountain Girl Musical, directing his critically-acclaimed version of Blood Brothers, and is currently performing in and producing Shorts.  On-screen, he has been seen on Southland, Scandal, Bones, The Mentalist, and countless others. 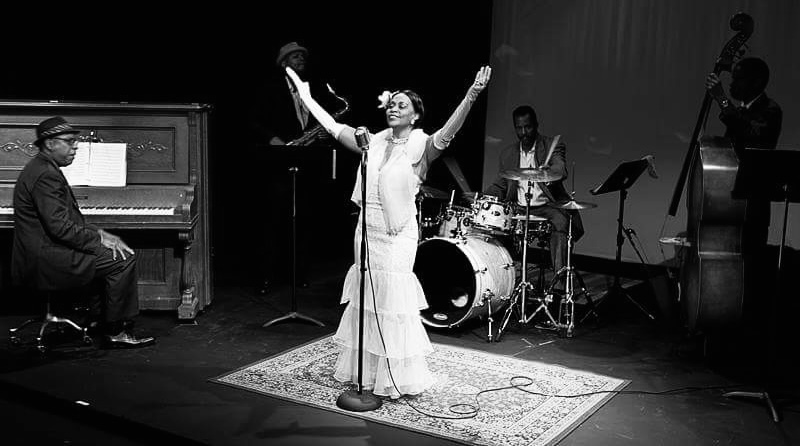 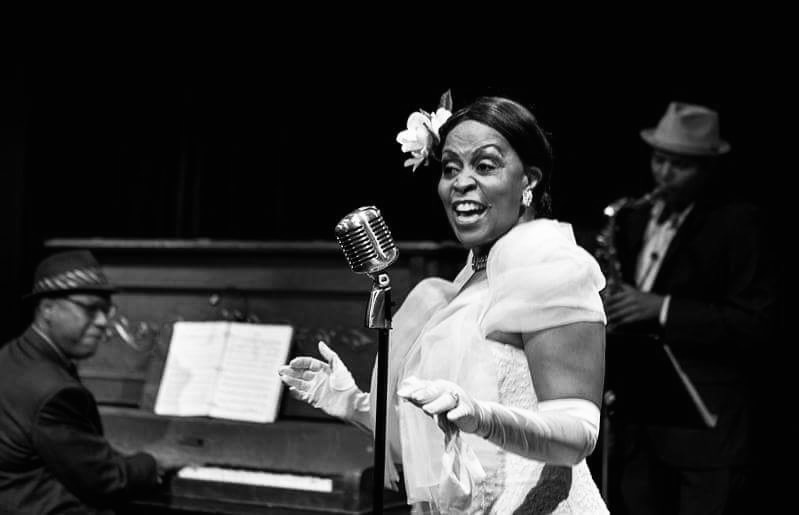